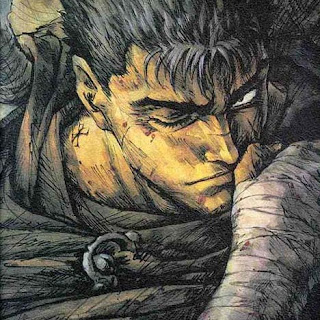 Whenever anyone asks me what my favorite ‘thing’ is, that thing I have the most irrational passion for, the answer is always easy.

This answer usually takes people aback.  Not so much that I give that answer, since people that know me know I have great affection for it.  It’s more that there’s no hesitation in my answer.  I don’t even have to weigh options.

Nothing else comes close.

The inevitable next question is exactly how much I love Berserk.  My response is always the same:

“If I could only keep one nerdy thing in my life and had to get rid of all the rest, it would be Berserk.”

People can’t believe that it wouldn’t be something like Captain , Star Wars or even my other anime fixation, Mobile Suit Gundam.  There are a of things I’m ‘into’ on a level that could be described as obsessive.

But in the end, Berserk would be the last man standing. 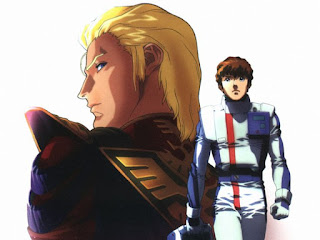 I believe in Gundam’s message, its themes and characters, its fascinating and believable political intrigues and the question of evolution and how humanity deals with it.  In fact, I’d say that Gundam is a vastly more ambitious storytelling venture than Berserk, which is a dark fantasy revenge tale with dynamic characters possessing believable motivations and complex relationships with one another.  The characters of Gundam act more thematically, while the characters of Berserk respond more organically.

This is not to say that Gundam’s characters are somehow less worthy because they serve a theme more than their own interests (at least, from my point of view).  But Berserk’s heroes and villains are all worthy of starring in their own series because they’re all so interesting, whereas with Gundam most of the supporting cast are foils for the primary characters to convey the show’s themes.  And what Kentaro Miura, the manga-ka of Berserk does so well, is mix his cast together in ways that naturally bring them into struggle and resolution.  The conversations and conflicts of the players have such strong foundations that you never feel that a particular narrative is being pushed.  It’s just how they would react if these people met one another in real life. 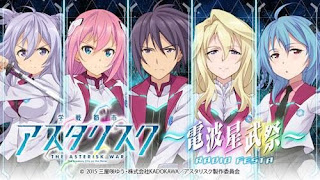 Do you see the problem?  All of these anime-ALL OF THEM-are so derivative of one another that the inevitable result is disappointment and frustration because they don’t move towards any compelling plot twists or narrative resolutions.  And the reason for this is because these characters are all satellites that revolve around the invariably bland protagonist who serves as little more than wish fulfillment fantasy portal characters for an immature audience that craves acceptance from others.  The second these fans emotionally hitch themselves to the H-wagon, they instantly mistake their attachment with investing of themselves in a quality production.  They stop challenging it or asking questions because they’re getting what they want out of it.

It’s not that I hate people for liking things I find unworthy of the attention.  I’m doing my best not to criticize the audience.  I just get frustrated when I see them enjoying something that isn’t really any good and, if they were to be truly honest with themselves, they’d come to grips with that as well. 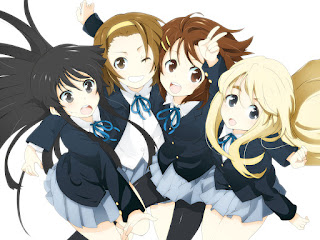 The other side of the coin is all substance and no style.  Slice of life shows are the prime suspects in this regard.  And I have to ask…what are these shows in service to?  How do they advance, specifically, the visual mediums of anime and manga?  There’s nothing ambitious about them as visual forms of storytelling.  Even the few that have sci-fi or fantasy elements are generally so dramatically understated in their presentation that I have to wonder why any effort went into the production at all.  Anime nd manga aren’t necessarily the best vehicles for telling those stories because they’re ultimately so mundane and uneventful that, again, they don’t merit a visual presentation in my opinion.

Ironically, I am a big fan of Genshiken, which could be classified as a slice of life story about a continually evolving anime and manga club that some of the university’s otaku join and contribute to. The neat thing about Genshiken is that the culture of the club itself changes as its members rotate in and out as the student body cycles with the passing of time.  And I find the character motivations and relationships of Genshiken extremely compelling.  But I always wonder…does this need to be anime or manga?  There’s nothing interesting happening on the page or screen. 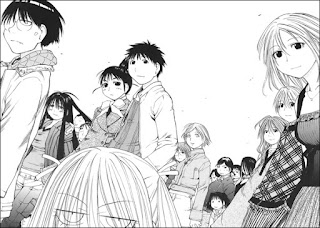 Now, some manga fans out there will take issue with this.  They will argue that the panels and their arrangement can help to convey a complex range of emotions.  Simply by tilting the frame or showing juxtaposed characters standing in relation to one another, the distance, the lighting, the objects between them and such, an emotional connection or conflict can be established that helps the reader get invested in the plot point.

But my takeaway from such rationale is never ‘man, how awesome was that page layout?’  Not when it’s just a scene of people drinking sake in a bar, two characters separated by friends seated at the table as a means of conveying social distance and lamenting the cruelty of unrequited affections.  I don’t see how this, visually represented, has any more impact to me than it would by simply reading it in a novel.  In fact, this paragraph I just typed carries all the emotional weight of those scenes.  Do I see it?  Do I get it?  Okay, then.

Anime and manga like Berserk and Gundam are about establishing worlds that audiences can’t truly understand unless they see them.  Of course, you can say a guy is in back armor or a gal is piloting a giant robot, but these abstractions aren’t things that we can immediately relate to.  It’s why costume dramas like Game of Thrones are so striking-the wardrobes are unlike anything we would ever wear except at Halloween.  The elegantly dressed characters, placed in fantastical settings, help to envelop us in that world and understand how the players exist beside these incredible things. 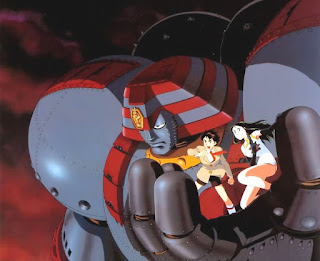 Action is a very important part of any visual medium in my opinion.  Whether it’s a shootout on an episode of NCIS, Rick Grimes and company dispatching a zombie horde in The Walking Dead or Daisaku Kusama commanding Giant Robo from the palm of his gargantuan robotic ally’s steel hand in Giant Robo: The Animation, action helps us to bring us that much closer to the exciting and extreme circumstances that these characters have to deal with on a daily basis.  By comparison, a TV show or anime where its characters stroll down a sidewalk while ruminating on life’s pitfalls is just too drab to hold my interest for long.

I am not blind to the reality that the industry is simply reaching out to audiences that aren’t conditioned to appreciate fantasy and science fiction adventures.  It’s a business and people need to pay for this stuff or else a lot of talented individuals will be out of work and nobody will make any money.  But you have to remember that when you start appealing to the lowest common denominator for the sake of economic prosperity, you’re already compromising more than you should in terms of artistic merit and it means, in my opinion, your creativity has gone to the wayside in favor of commerce.  There is a way to tell stories that engage audiences and profit by that.  James Cameron has been proving that for years.  Love him or hate him, the guy makes movies that are tightly constructed, directed with passion and know how to connect with audiences as sci-fi and fantasy vehicles with arresting visuals.

So there’s a way to do this.  But modern anime and manga has lost way in it furiously dogpaddles in the sea of relevance just to keep its head above water.  It would seem that creatively, we spend too much time ‘finding’ things to like about mediocre anime (Attack on Titan, for example) rather than unreservedly celebrating them for their artistic brilliance (Gundam 0080: War in the Pocket, comparatively). 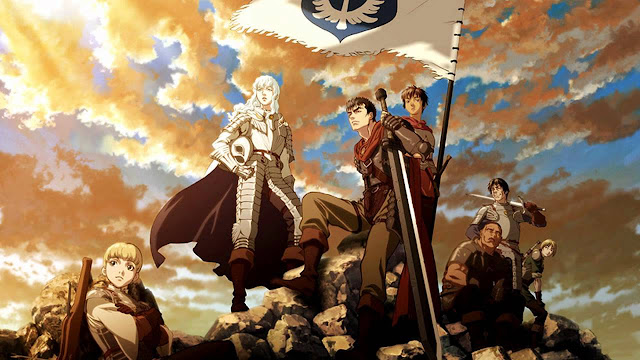 Now, what does all of this have to do with Berserk?  My answer to that is that you have to understand my mindset in order to appreciate my reasons.  I want you to remember this blog when I come back to publish the second part.  I won’t be bullet pointing it for you.  That would be appealing to the lowest common denominator, and I’d rather challenge my audience by expecting that they know how to read an article and absorb its message, whether they agree with it or not.  See you soon.
Posted by Taiso @ 5:28:00 PM