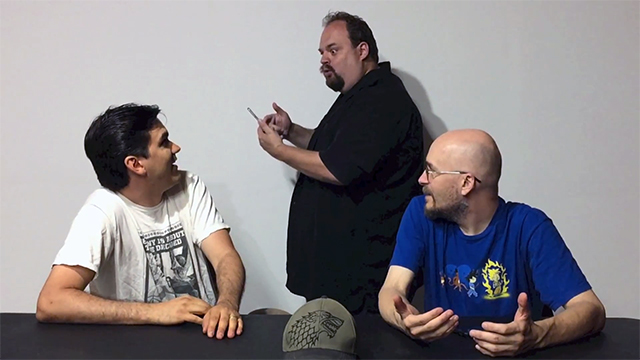 The greatest podcast in the world just got even greatester! It's our first special guest, Mike Vallas! He's a former EGM editor with many stories to tell, so I'll shut my trap and let him get to it! 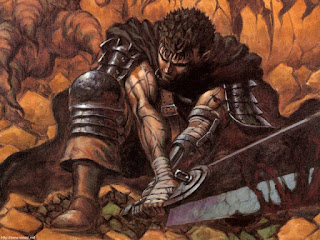 In the first part of my now three part blog on Berserk, which is the greatest thing ever, I detailed my growing disenchantment with the current state of anime and manga.  Not only its current penchant for pernicious pervy fan service becoming the sad and depressing focus of the medium but also the current spate of pretentious and visually overwrought ‘slice of life’ genre that is the utter bane of my existence (with a few notable exceptions, to be fair).  If you want to know why I feel these things, go read the first part of this blog here.

This chapter of the blog is going to partly deliver on the premise for this series of articles and (to some extent) outline what it is that makes Berserk so special to me.  I’m going to try and keep this concise, although I imagine that my observations may morph into an apostle-like abomination ere its transformation is complete. If you understand that reference, good on you.  You are a Berserk fan.  If you don’t follow, then you need to become a Berserk fan before you’re consigned to the scrap heap of wasted human effort.

Trust me, Berserk will make you a better human being.

We're back! (with a special announcement) 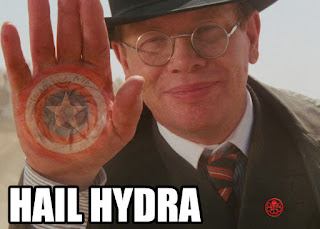 Well, here it is, the big ONE-O! Episode 10 of the greatest podcast in the world. This highly anticipated episode was delayed by an unforeseen computer failure, which we're sure was somehow Denny's fault. Repairs of said computer took some time, but now all is well, and here we are again! This one was recorded on the same day as our live stream about Captain America being an Hydra agent, so some of the subject matter carries over, but a wide range of other subjects are also tackled. Some of the items under discussion are a few weeks old now, but it doesn't matter because when we talk about them, it's the real deal. I'll keep you surprised, tune in to find out what's on the menu for today's very special episode number TEN! Also, Hail Hydra.