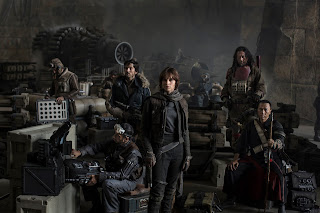 With the success of Star Wars Episode VII: The Force Awakens, the fans’ greatest fears (to that point) were put to rest: Darth Mouse knows how to take care of them. The movie was fun, if a bit too derivative of the first film, and had plenty of great and interesting characters despite a few all too obvious narrative missteps (which I’ve already talked about previously). For the most part, we’re in good hands, even if future installments don’t challenge convention as much as adhere to them moving forward.  It’s a business.  These things need to make money and Disney needs to recoup its four billion dollar investment.  I don’t think that’s even in question both of these goals will be accomplished at this point.

One of the ways in which they intend to ensure continual profits is by giving us Star Wars movies until we can’t stand them. They're going to do this by emulating their successful Marvel template for scheduled releases. If we’re lucky, that ‘can’t stand’ date will, like Marvel, seem to be somewhere in the realm of ‘never’.  They haven’t had a blunder yet, with the two Thor movies being the closest they’ve come to cinematic misfires.  And hoo boy, I can’t wait to write about those flicks (and Iron Man 3).  I want to be clear here; even the most underwhelming Marvel movies have been successful by and large.  It’s only people like me, that can see through the haze of the studio's ongoing honeymoon with general audiences, who can say which ones are actually good.

But Marvel blogs are for another day.  This is the day of Star Wars (again).  The day of rebels and Death Star tapes (which, by the end of Rogue One will NOT be in the main computer) and Felicity Jones…rebelling.  Of Forest Whitaker warning about the veritable abyss looking back into a person’s soul and blind Donnie Yen beating up Imperial Stormtroopers and space stations becoming fully armed and operational.  Yes, this is the time to talk about Rogue One: A Star Wars Story.

And more specifically, why Rogue One may just be the Star Wars movie the long time fans have been waiting for.
Read more »
Posted by Taiso @ 8:31:00 PM No comments: 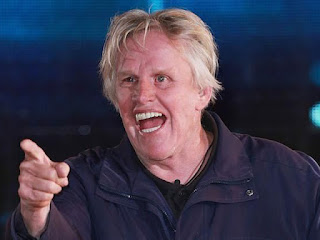 Episode 6 is here, and this time we've done something new and different because hey, that's what keeps the show fresh! Last week we opened up the Gaming AM Hotline (773-492-2642), and some of you left us voicemails! In this way we're allowing you, our listeners, to shape the future of the show to your liking. So today's Gaming AM Hotline topic was Star Wars! Specifically, The Force Awakens home video release and extras. Next, we chat up the Rogue One trailer. Then we discuss some of the encounters we've had with other famous people out in the wild. Some of these encounters are pretty cool, some interesting, some sad, and a couple are downright strange. Finally, we throw some opinions around about guns that look like toys. It's our best episode yet, but then again, every episode is the best. Like, Follow, Subscribe, enjoy. Because greatest podcast in the world. 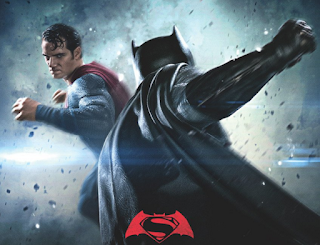 (Herein there be spoilers.  But honestly, if you haven't seen the movie yet, don't.  Just use my opinion as your own.  You have my permission.)

Now I know you’re probably thinking ‘stop taking it seriously, it’s just a movie’ or ‘you probably didn’t like it because it didn’t live up to your unrealistic expectations.’  Some people have actually said this to me in real life when I told them I thought the movie sucked.  They basically assumed that my ire for this garbage is tied somehow to my overdeveloped affection for comic books and my entitled expectations.

Well, before I continue, I am going to address these two arguments.  The people that said these things to my face were wrong, and if you’re thinking as they did, so are you.

Here is Episode 5 of the greatest podcast in the world, where we spent two hours talking about our mutual disdain for Batman v Superman. Then we immediately threw that episode in the dumpster where it belongs, in favor of much better and meaningful conversations about topics such as: Resident Evil movies, The Marvel and DC TV universes, Sam Witwer, Vic Mignogna, David Hayter v Hideo Kojima, Ghostbusters trailer, Fatal Fury, The Room, Arslan Senki, Robotech and other anime, Street Fighter G.I. Joe figures, AND... more David Warner! Anything BUT Batman v Superman. Because regurgitating everything that's been already said online would be boring, so instead BIG AMERICAN PARTY! EVERYBODY DISCO DANCING! LOTS OF FUN, GOOD TIME FOR ALL! I AM HAVING VERY GOOD TIME! ROBOT DANCING? OH NO! POLICE! QUICKLY IN HERE! WHO IS DRIVING? OH MY GOD BEAR IS DRIVING HOW CAN THAT BE?